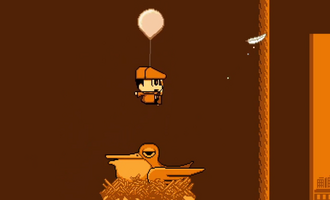 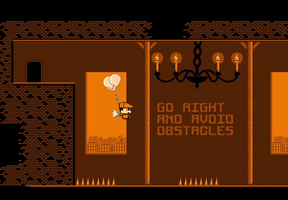 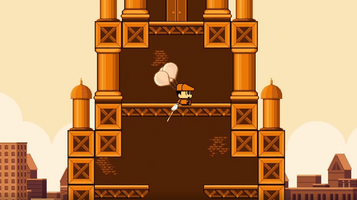 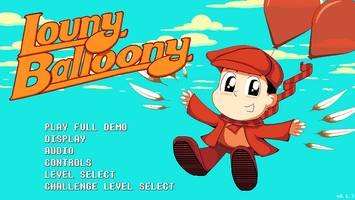 A new tutorial section has been added to Louny Balloony!

Before you start your adventure, you will be briefly guided through a set of areas to acclimate through a variety of game mechanics that will assist you on your journey! Learn how to bounce, float, dash, and even drill your  way to the rooftop pinnacle to show that you are ready for anything that comes at you!

The menu screen has been slightly adjusted to reflect these changes:

With the tutorial completed, the next major focus for development will be on refurbishing the design of the first level.  Originally, the first level was designed with tutorialization in mind, with the gameplay slowly ramping up across the level.  After the release of the second level, I found the pace of the first level too sluggish, and decided to create dedicated tutorial rooms to give the player as much time as they needed to learn these basic gameplay elements.  With the tutorial set, the plan will be to redesign much of the first level to flow smoothly from the end of the tutorial as well as clean up some old art and sprite animation. Stay tuned for more details on the next release by following my regularly updated Twitter/devlog at https://twitter.com/harold_krell

Thanks for your patronage!

Bound your way across the world in this high-flying adventure of a lifetime!